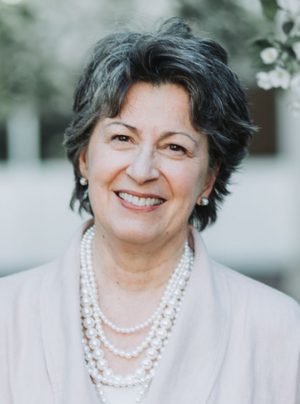 Jeanne Cleary (pronouns: she/her/hers) has been facilitating difficult and transformative conversations for over 30 years. In her private practice in Watertown, MA Jeanne provides relational and couple counseling, mediation, and consultation to families in transition.

Jeanne has had extensive experience in the resolution of domestic conflicts, beginning with her work as a founding staff of Neutral Ground, a home for runaway adolescents in 1979, work in the Sexual Abuse Investigation Unit of Juvenile Court in Kansas City, KS, to her work at Suffolk Probate and Family Court, 1982 to 1986, where she mediated with parents to resolve conflicts of child custody and access, and finances.

Jeanne was a founding clinician of Meeting Place in 1991, a supervised visitation project in Cambridge, MA, where she was instrumental in the program design and development, as well as responsible for training and supervision of staff and volunteers. She served as the Clinical Director of Meeting Place for five years and provided clinical consultation to the program until 2004. Meeting Place became a program of the Cambridge Guidance Center, Cambridge, MA in 2002.

As a core trainer with Community Dispute Settlement Center of Cambridge MA for over 25 years, Jeanne has offered basic and advanced mediation training. She served for fifteen years as a court appointed guardian ad litem, working with families, children and social service agencies facing various challenges and conflicts. She has designed trainings in conflict resolution and retreats for numerous clients including Digital, Mass Dept. of Education, Probate and Family Courts, Central Boston Elder Services, Boston University College of Communication, and Mass School of Pharmacology, in addition to high schools and religious organizations.

Jeanne has lectured on conflict resolution at Boston University, School of Public Health, International Department. She also taught for 14 years at the University of Massachusetts Boston, as a Lecturer on Conflict Resolution/Mediation at the John W. McCormack Graduate School of Policy and Global Studies, and as a Senior Fellow at The Center for Peace, Democracy and Development. Jeanne has presented on conflict resolution topics at conferences including the Massachusetts Psychological Association, Women and Public Policy Program of Harvard University’s Kennedy School of Government, Boston Bar Association, Flaschner Judicial Institute, Massachusetts Association of Guardians ad Litem and the Massachusetts Association of Mediation Programs and Practitioners (MAMPP). She is a past president of the board of directors of MAMPP, and served on the board of The Adoption Center, Newton MA and The Watertown Children’s Theatre.

Jeanne Cleary received her BA in theology and psychology from Bates College 1977, her MA in clinical psychology from Lesley University 1987, and advanced clinical training from Theravision Institute in Boston 1990. Jeanne is a longtime practitioner of mindfulness meditation (from the playful, irreverent, and passionate Sufi Tradition). She is constantly inspired and emboldened by the possibilities inherent in authentic and loving engagement with self and other.

We are complicated, messy and amazing creatures - let’s get to it!